Our Lady of Fatima’s Fourth Apparition 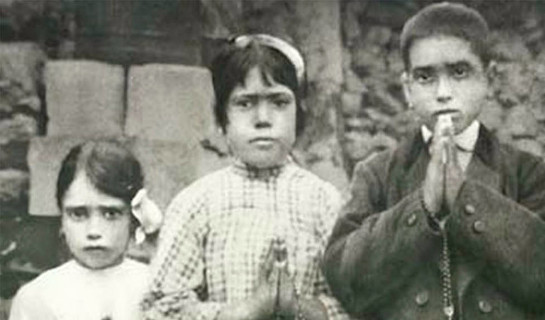 The three little shepherds were kidnapped, on the morning of August 13th, by the administrator of Ourém, to whose jurisdiction Fatima belonged. He thought that the secrets of the Virgin mentioned some political events that would end the newly Republic established in Portugal.
As they didn’t reveal anything about the secrets – despite having been left without food, imprisoned with common criminals and having suffered severe pressure – the truculent administrator eventually gave up the attempts and returned the little visionaries to their families. They had missed the visit of the Beautiful Lady, who descended to Iria’s grave, but had not found them.

Two days later, however, the Virgin again appeared to them, in a place called Valinhos.

– I want you to continue going to Cova da Iria on the 13th; that you continue praying the Rosary every day. In the last month, I will do the miracle for all to believe.

– What is it that Your Graces wants to be done with the money that the people gave in Cova da Iria?

– Make two portable stands. One, to be carried by Jacinta and two girls dressed in white; the other one, to be carried by Francisco with three other boys. The money collected is for the feast of Our Lady of the Rosary; and the left over should be contributed to the chapel that they shall build.

– I would like to ask you for the healing of some sick persons.

– Yes, some will be cured over the course of a year. Pray, pray a lot; and make sacrifices for sinners, many souls go to hell, because there is no one to sacrifice and pray for them.

Then, as usual, Our Lady began to rise and disappear toward the east.