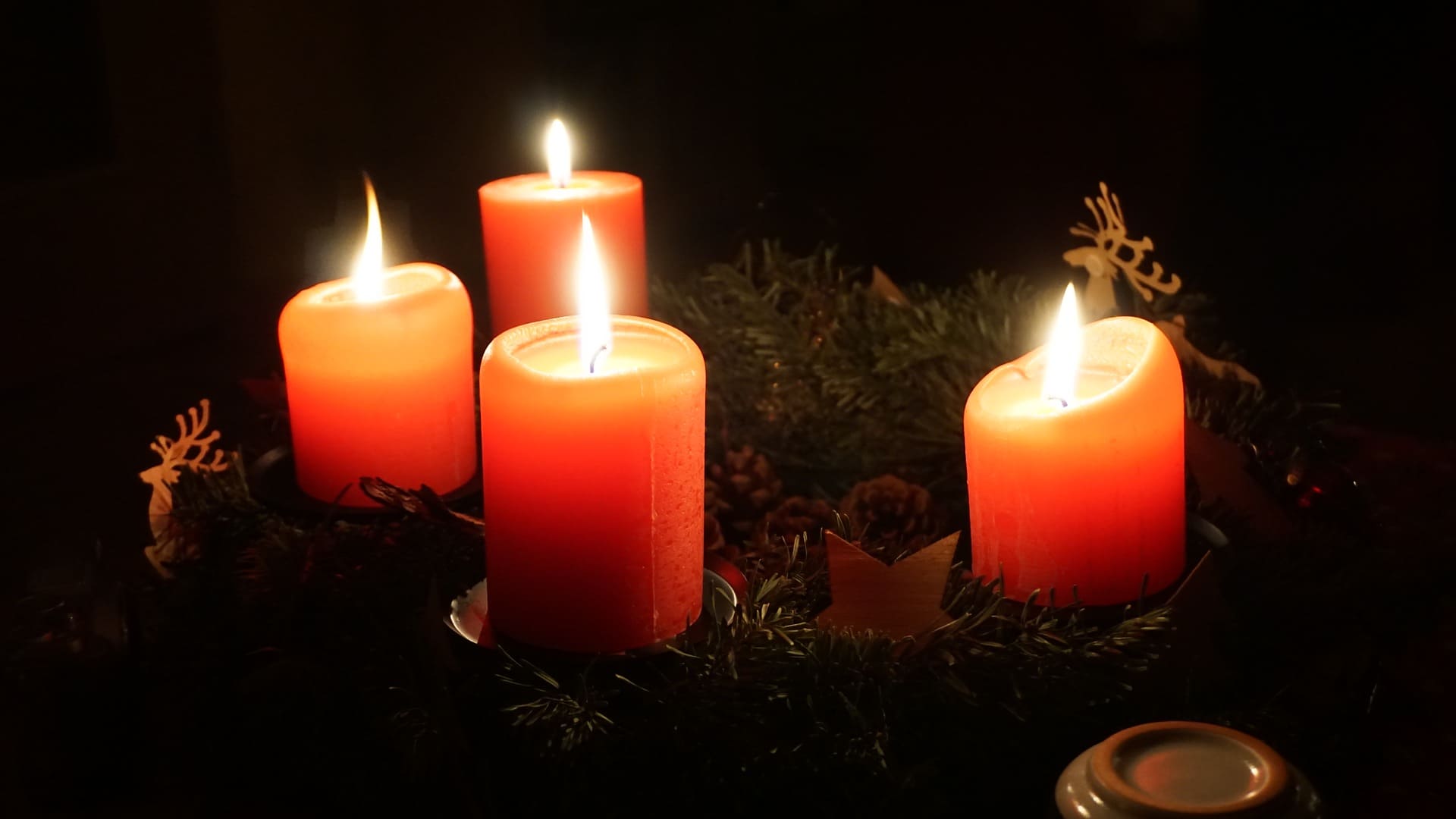 Concretely, Advent emerged between the fourth  and fifth centuries as a preparation for Christmas, synthesizing the long anticipation of  the good Jews for the coming of the Messiah. The expectation of a great  mystical-religious event calls for an attitude of penance.

Therefore, the centuries prior to the  birth of the Saviour were marked by sorrow for personal sins and the sin of our first parents. The period before the public life of the Messiah became even more intense: a voice crying out in the desert invited all to seek pardon for their sins and to convert, so that the ways of the Lord would be made straight.

Hope pervaded with the desire for holiness

Wishing to create ideal conditions for our participation in the festivities of the  Saviour’s Nativity—His first coming—, the Liturgy selected sacred texts related to His second coming: the dominant note of one is mercy, and of the other, justice.

However, these two encounters with Jesus form a harmonious whole, joining the first and last effects of one and the same cause. The Church Fathers comment at length on the contrast between one and the other, but they would have us see, in the Incarnation of the Word, the beginning of our Redemption, and, in the resurrection from the dead, its full realization. To be in readiness for the magnitude of the Christmas event, it is indispensable to have before our eyes the last episodes that will precede the Final Judgement.

Hence the Church’s former, long-standing custom of singing the famous Gregorian hymn Dies Irae as a Sequence during the Requiem Mass. More than simply recalling the historical fact of Christmas, the Church wants us to participate in the graces pertaining to the festivity, just as they were enjoyed by the Blessed Virgin, St. Joseph, the Magi, and the shepherds. Amidst these events, the chosen people were sustained by a great hope, pervaded with the desire for holiness and for a penitential life.

We should imitate their example and follow in their footsteps, as regards not only Christmas, but also the plenitude of our Redemption: the glorious resurrection of the children of God. The first and second comings of Jesus unite on our horizon during this period of Advent, helping us to  analyse them from an almost eternal perspective; or better, from within the eyes of God, to Whom everything is present.

These are some of the reasons behind the choice of purple for the liturgical vestments used during these four weeks. It is a time of penance. Thus, today’s Gospel fittingly speaks to us of vigilance, for we know not when the “lord of the house” will return. We must take care not to be caught  anawares, sleeping.

A salutary reflection for good and wicked alike

Nothing will be forgotten; all of our least thoughts and desires, actions and omissions, in relation to God, neighbour and even ourselves, will be recalled in all their reality.

The Divine Judge will not fail to analyse even the least point; everything will be duly considered. He will then publicly pass an unappealable, definitive sentence on each one. Some will be at His right, others, at His left.

Of the latter, how many will be there because they have sought a fleeting pleasure, or refused to make the slightest effort? And we should bear in mind that this dreadful scene of the Final Judgement will be a public repetition of each person’s particular judgement.

On the other hand, what great joy the good will have! “The sufferings of this present time are not worth comparing with the glory that is to be revealed to us” (Rom 8:18).

The bodies of the righteous will be liberated from all weaknesses and infirmities; they will be immortal and spiritualized, assimilated to the light of Christ. In seeing themselves united in Mary and Jesus, they will feel inundated with delight and  joy on that day of triumph.

This demonstrates how salutary it is, for the wicked and good alike, to look head-on at this second coming of the Lord. Perhaps some will be moved by the fear of God, while others may be heartened, amidst the woes and setbacks of this life, by the  expectation of this magnificent ceremony.

In our egoism, we tend to place ourselves at the centre of our attention and concerns, but our Christian life is essentially social: “Love one another” (Jn 13:34; 15:12; 15:17); or: “He who loves his neighbour has fulfilled the Law” (Rom 13:8). Jesus weighs our acts in light of our mercy toward our neighbour; that is, He judges us by a social criterion.

God distributed His goods unequally among men, so that some can dispense and others receive. This happens not only in the material realm but also, and above all, in the cultural and spiritual realm. It is by mercy and justice in unison that we will be judged before all Angels and men.

Therefore, let us prepare ourselves, during this Advent, to welcome Jesus Who comes in the fullness of His mercy, and let us beseech the powerful intercession of her by whom He comes to this world, for our second encounter with Him, when He will come unexpectedly in the fullness of His justice.
* * *
We depend on your support to continue our mission to spread Our Lady of Fatima’s messages throughout America.