St. Joseph: Father of Jesus, Spouse of Mary, Patron of the Holy Church 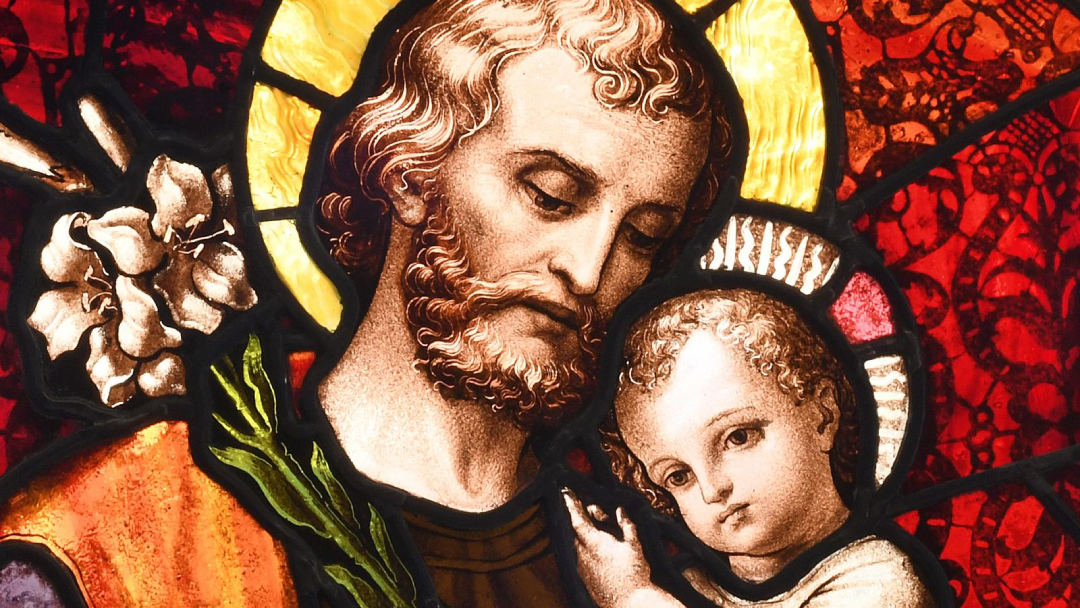 The reasons for which Saint Joseph should be venerated as the special patron of the Church come especially from the fact that he is spouse of Mary and father of Jesus. From these sources have sprung his dignity, his holiness, his glory.

During periods of stress and trial – chiefly when every lawlessness of act seems  permitted  to  the powers of darkness – it has been the custom in the Church to plead with special fervor and perseverance to God, her author and protector, by recourse to the intercession of the saints – and chiefly of the Blessed Virgin, Mother of God – whose patronage has ever been the most efficacious. The fruit of these pious prayers and of the confidence reposed in the Divine goodness, has always, sooner or later, been made apparent. 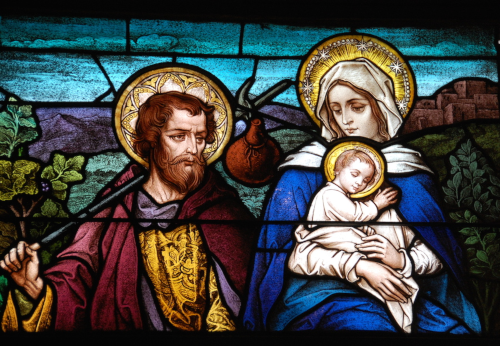 In face of these circumstances, human remedies are insufficient

Now, Venerable Brethren, you know the times in which we live; they are scarcely less deplorable for the Christian religion than the worst days, which in time past were most full of misery to the Church. We see faith, the root of all the Christian virtues, lessening in many souls; we see charity growing cold; the young generation daily growing in depravity of morals and views; the Church of Jesus Christ attacked on every side by open force or by craft; a relentless war waged against the Sovereign Pontiff; and  the very foundations of religion undermined with a boldness which waxes daily in intensity. These things are, indeed, so much a matter of notoriety that it is needless for Us to expatiate on the depths to which society has sunk in these days, or on the designs which now agitate the minds of men.

In circumstances so unhappy and troublous, human remedies are insufficient, and it becomes necessary, as a sole resource, to beg for assistance from the Divine power. This is the reason why We have considered  it necessary to turn to the Christian people and urge them to implore, with increased zeal and constancy, the aid of Almighty God. […]

We know that there is sure help in the maternal goodness of the Virgin, and We are very certain that We shall never vainly place Our trust in Her. If, on innumerable occasions, She has displayed her power in aid of the Christian world, why should We doubt that She will now renew the assistance of her power and favor, if humble and constant prayers are offered up on all sides to Her? Nay, We rather believe that her intervention will be the more marvelous as She has permitted Us to pray to Her, for so long a time, with special appeals.

Pray the Novena to Saint Joseph !

A devotion that is advancing to full growth

But We entertain another object, which, according to your wont, Venerable Brethren, you will advance with fervor. That God may be more favorable to Our prayers, and that He may come with bounty and promptitude to the aid of His Church, We judge it of deep utility for the Christian people, continually to invoke with great piety and trust, together  with the Virgin Mother of God, her chaste Spouse, the Blessed Joseph; and We regard it as most certain that t 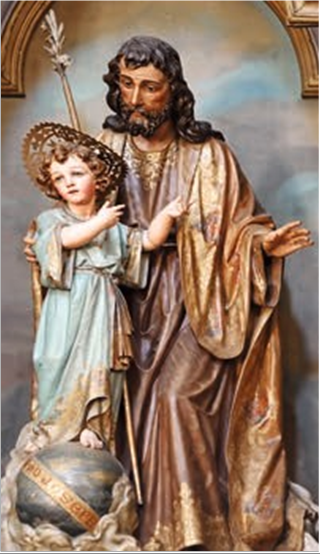 his will be most pleasing to the Virgin herself. On the subject of this devotion, of which We speak publicly for the first time today, We know without doubt that not only is the people inclined to it, but that it is already established, and is advancing to full growth. We have seen the devotion to St. Joseph, which in past times the Roman Pontiffs have developed and gradually increased, grow into greater proportions in Our time, particularly after Pius IX, of happy memory, Our predecessor, proclaimed, yielding to the request of a large number of bishops, this holy patriarch the patron of the Catholic Church.

And as, moreover, it is of high importance that the devotion to St. Joseph should engraft itself upon the daily pious practices of Catholics, We desire that the Christian people should be urged to it above all by Our words and authority.

The special motives for which St. Joseph has been proclaimed Patron of the Church, and from which the Church looks for singular benefit from his patronage and protection, are that Joseph was the spouse of Mary and that he was reputed the Father of Jesus Christ. From these sources have sprung his dignity, his holiness, his glory.

In truth, the dignity of the Mother of God is so lofty that naught created can rank above it. But as Joseph has been united to the Blessed Virgin by the ties of marriage, it may not be doubted that he approached nearer than any to the eminent dignity by which the Mother of God surpasses so nobly all created natures.

For marriage is the most intimate of all unions which from its essence imparts a community of gifts between those that by it are joined together. Thus in giving Joseph the Blessed Virgin as spouse, God appointed him to be not only her life’s companion, the witness of her maidenhood, the protector of her honor, but also, by virtue of the conjugal tie, a participator in her sublime dignity.

And Joseph shines among all mankind by the most august dignity, since vine by divine will, he was the guardian of the Son of God and reputed as His father among men. Hence it came about that the Word of God was humbly subject to Joseph, that He obeyed him, and that He rendered to him all those offices that children are bound to render to their parents.

The home of the Holy Family, cradle of the nascent Church 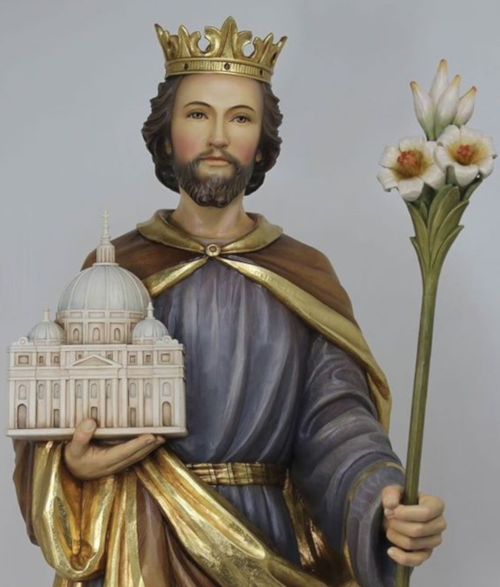 From this two-fold dignity flowed the obligation which nature lays upon the head of families, so that Joseph became the guardian, the administrator, and the legal defender of the divine house whose chief he was. And during the whole course of his life he fulfilled those charges and those duties. He set him- self to protect with a mighty love and a daily solicitude his spouse and the Divine Infant; regularly by his work he earned what was necessary for the one and the other for nourishment and clothing; he guarded from death the Child threatened by a monarch’s jealousy, and found for Him a refuge; in the miseries of the journey and in the bitterness of exile he was ever the companion, the assistance, and the upholder of the Virgin and of Jesus.

Now the divine house which Joseph ruled with the authority of a father, contained within its limits the scarce born Church. From the same fact that the most holy Virgin is the mother of Jesus Christ is She the mother of all Christians whom She bore on Mount Calvary amid the supreme throes of the Redemption; Jesus Christ is, in a manner, the first-born of Christians, who by the adoption and Redemption are his brothers.

And for such reason the Blessed Patriarch looks upon the multitude of Christians who make up the Church as confided specially to his trust – this limitless family spread over the earth, over which, be- cause he is the spouse of Mary and the Father of Jesus Christ he holds, as it were, a paternal authority.

It is, then, natural and worthy that as the Blessed Joseph ministered to all the needs of the family at Nazareth and girt it about with his protection, he should now cover with the cloak of his heavenly patronage and defend the Church of Jesus Christ.