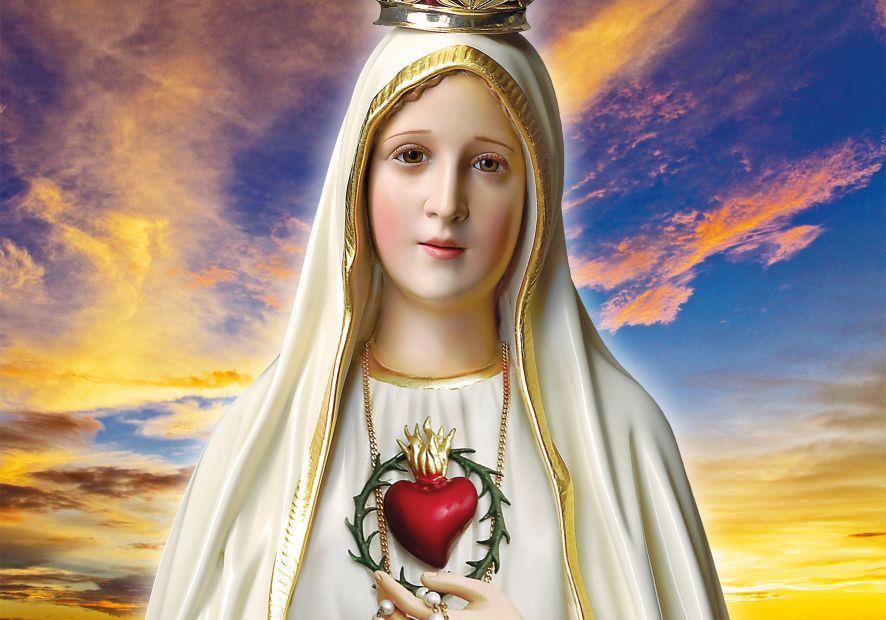 What does this devotion consist of?

It consists of praying the Hail Mary to Our Lady, the Blessed Virgin Mary three times, for the purpose of either honoring her or obtaining a favor through her intercession.

What is the purpose of this devotion?

To honor the three main attributes of the Holy Virgin, which are:
1. The power she received from the Eternal Father due to being His favored daughter.
2. The wisdom bestowed upon her by God the Son in choosing her as His mother.
3. The mercy with which the Holy Ghost fulfilled her in choosing her to be the Immaculate Conception.
Hence the number of Hail Mary to be prayed is three.

How to pray the three Hail Mary?

“Mary, my Mother, deliver me from falling into sin.”

1. For the power granted to you by the Eternal Father

2. For the wisdom granted to you by God the Son.

3. For the mercy granted to you by the Holy Ghost

Glory be to the Father, and to the Son, and to the Holy Ghost, as it was in the beginning, is now, and ever shall be, world without end. Amen.

Origins Of This Devotion

St. Matilda, a Benedictine nun, requested the Virgin Mary to assist her in the hour of her death. Our Lady told her the following: “I will certainly. But I also want you to say three Hail Marys to me every day. The first will be in honor of God the Father, Whose omnipotence raised my soul so high above every other creature that after God I have the greatest power in Heaven and on earth. In the hour of your death I will use that power of God the Father to keep any hostile power far from you. The second Hail Mary will be said in honor of the Son of God Who communicated His inscrutable wisdom to me. In the hour of your death I will fill your soul with the light of that wisdom so that all the darkness of ignorance and error will be dispelled. The third Hail Mary will be in honor of God the Holy Ghost Who filled my soul with the sweetness of His love, tenderness and mercy, so much so, that after God I am the sweetest and most merciful. In your last hour I will then change the bitterness of death into divine sweetness and delight.”

This promise extended for the benefit of whoever practices this daily devotion of the three Hail Mary.

What are the promises of the Virgin Mary for daily practitioners of this devotion?

Our Lady promised Saint Matilda and other pious souls that those who recited the three Hail Mary daily would have her assistance during life and in the time of death. She explained that she would appear at the hour of death in a splendor so extraordinary that it will fill the soul with heavenly consolation and communicate to it the joys of Heaven.

Our Lady renews her promise of protection:

One day, when sister Mary Villana, Dominican sister (XVI century), was praying the three Hail Marys, she heard from the lips of the Holy Virgin these encouraging words:

“Not only will you obtain whatever it is that you ask me, provided it benefits your soul, but I promise you I will be a special protectress of whoever salutes me with this devotion”
She then added: “I have always been very pleased with the devotion of the three Hail Mary… Never stop saying them and make them known to everyone… You will verify the effectiveness of this devotion every day.”
In one of her apparitions to St. Gertrude, Our Lady told her the following: “Whoever honors me in my relation with the Holy Trinity will experience the Power granted to me by the Omnipotence of the Father as the Mother of God; will admire the resourceful means inspired to me by the wisdom of God the Son for human salvation and behold the fervent charity of my heart granted by the Holy Ghost.”
Referring to everyone who has invoked her daily commemorating the power, wisdom and love that were communicated to her by the Holy Trinity, Mary said to Saint Gertrude: “at the time of death I will show myself to them with the brightness of a beauty so great, that my sight will comfort them and communicate the heavenly joys. “

What is the foundation of this devotion?

The foundation of this devotion is the Catholic belief that the mother of God possesses the God-given attributes of power, wisdom and mercy at the highest level possible for a creature.
That is what the Church teaches when she calls Our Lady: Virgin Most Powerful, Mother of Mercy and Throne of Wisdom.

To reinforce this devotion, we have a beautiful testimony of faith

In a country behind the “iron curtain”, in which, in the first months of 1968, religious persecution intensified, one of the Bishops there received a letter informing him confidentially that an attempt was being made on his life, therefore he must flee without loss of time and hide.

Obeying the message received, the Bishop left his residence dressed as a villager and fled across the countryside, walking for a whole day, reaching the night, spotting a wide meadow.
Taking advantage of the darkness, he approached a house and asked his inhabitants to allow him to rest for a few hours sitting in a chair.
The occupants of the house – a marriage with several small children – accepted the Bishop’s request of which they considered the traveling traveler, but not only had they offered him a chair, but they made him dine with them and then they accommodated him in a room with a good bed.
During dinner, as the guest noticed great concern and visible sadness in the marriage, he could not silence his observation and asked the reason for such restlessness and anguish; they informed him then that the elderly father of one of them had not been able to sit down at the table because he had been very ill for a few days, and although they insisted affectionately so that he would make suitable preparation for his death, in case the moment of death arose , he replied that he was not going to die yet, and, therefore, he did not want to prepare …
There were some brief comments on the case, but none dared to mention the religious aspect of the matter.
Retired to rest all and after the night, the visitor and guest was ready to continue on his way; and when he said goodbye and thanked those who had treated him so kindly, he asked if they allowed him to greet the sick old man, to check the current state of his ailment, to which, gladly, they agreed and accompanied him.
Once the peasant next to the old man, and after a short affectionate conversation, the latter, adopting a determined gesture and tone, said: “Look, I know that I am very ill and that I will no longer be restored; but, I also know that for now I will not die ».
When they heard him speak so confidently, they all smiled at the sick man. And before those smiles, he added: “They laugh because I said that I am sure that I will not die for now … Well then; I repeat it. And do you know why? … Look, I do not know who you are, nor how you think, but as in the situation in which I am I no longer fear anyone, I am going to tell you the truth: My security rests on that I am Catholic ; the years of religious persecution have not taken away my faith; and every day I have prayed, and prayed, the Three Hail Marys, asking the Virgin Mary, at the time of my death, to be assisted by a priest who prepares my soul for transit, and you will understand that having prayed so many times to the Blessed Virgin that, the Virgin will not allow me to die without a priest next to me; and since I do not have one, I am sure I will not die for now.
Excited the peasant by that declaration of the old man, took his hand and said: “That great faith that has preserved, and that daily plea to the Mother of God, praying the three Hail Marys, have attracted the favor of Heaven and has been the Providence that led me here … It is not a priest what the Virgin sends him, but a Bishop … Because I am the Bishop of this Diocese, who I going into exile »
The impression, and at the same time the joy, of the old man and his children was enormous. So big, they did not know how to express their awe and reverence …
Then, the Bishop made the confessions, officiated the Holy Mass in the room of the sick, and gave everyone communion; leaving the old man spiritually ready to undertake his final journey to Heaven …
Trip that took place two days after that exceptional Mass.