Queen, Mother and Advocate of the sinners. 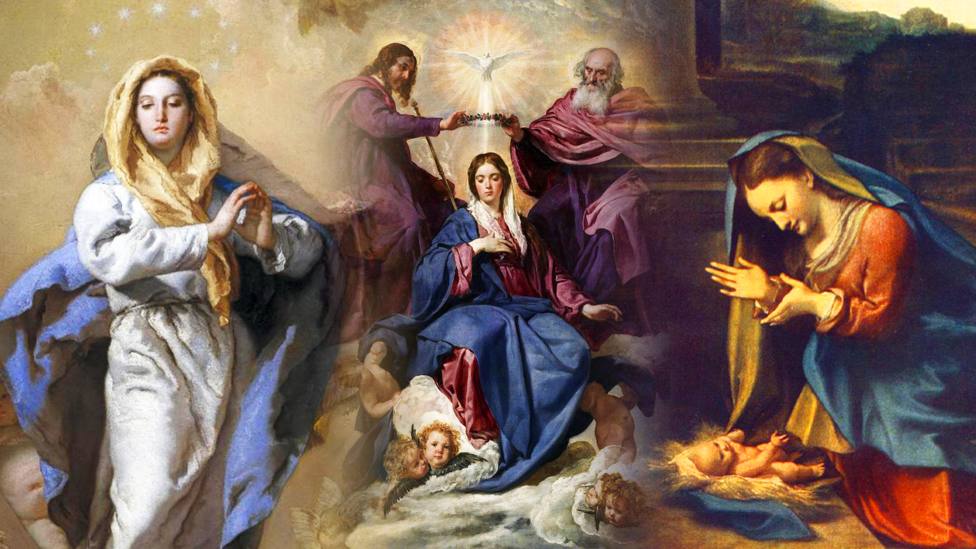 Rivers of blessed ink have flowed from the pens of Saints and Doctors regarding the Hail Holy Queen. However, does the reader know the history of one of the most moving Marian prayers?

Work, traffic, household chores, daily concerns… Let us leave aside everything that surrounds us in our everyday lives for a moment and recollect ourselves in order to go back in spirit to several centuries ago, and delve into the wonders of the Catholic Church, so wise in its customs and traditions.

It was a time when there were no mobile phones, no Internet, and no air travel, but when an authentic Christian civilization, pervaded with holy souls and with faith, was burgeoning. At that time, men succeeded in building beautiful cathedrals, whose soaring and pointed towers seemed to touch Heaven in an attempt to unite it with the earth. We are in the Middle Ages…

During that almost thousand-year period, the Church was able to reap countless spiritual fruits, from which Christian piety and virtue are still nourished today. Among the immense legacy left to us by medieval society, our attention is especially drawn, for its simple beauty, to the Salve Regina prayer – the Hail Holy Queen, which seems to introduce us more intimately into God’s presence through the intercession of Our Lady. 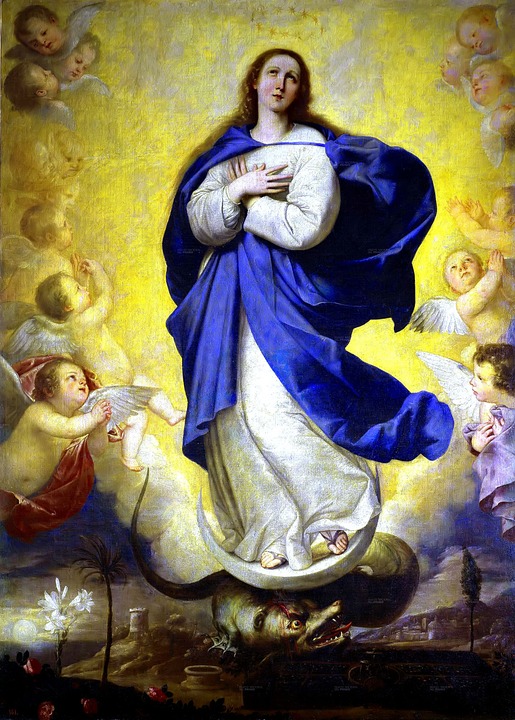 It expresses with total simplicity and confidence the perfect attitude of the afflicted soul who, mourning and weeping in this valley of tears, implores the Mother of the Redeemer and ours for the strength and support needed to be faithful amidst falls and hardships and thus, after this exile, to have the joy of seeing Jesus face to face in Heaven for all eternity.

A prayer inspired by the Paraclete

The Gospel of St. Matthew tells us of the sacred moment when, still during His earthly life, the Divine Master taught us the perfect way to invoke the heavenly Father by saying the prayer of the Our Father (cf. Mt 6:9-13). Now, He would not truly be our Brother if He had not also indicated to us, through the gentle action of the Holy Spirit in our souls, the appropriate way to have recourse to Mary, whom He left us as Mother.

As is the case with many of the Church’s beautiful traditions, the composer of the Salve Regina is not certain. It has pleased Providence to cast a veil over the human origin of this masterpiece of Christian piety, in order to highlight the action of the Paraclete.

Notwithstanding numerous controversies, many serious currents attribute the inspired prayer to Hermann von Reichenau, known as Contractus, the blind monk who composed many of the most beautiful Gregorian chants in existence today. Pedro de Mezonzo, Bishop of Iria Flavia, Spain, is another name on the list of possible authors.

Nevertheless, several sources mention the Bishop of Le Puy, Adhemar de Monteil, made a papal legate by Pope Urban II in the expedition that set out for the Holy Sepulchre at the end of the 11th century. In this case, the Salve Regina would have been composed with the aim of imploring protection and help from the Mother of God for Christian soldiers, and would even have been sung on the occasion of the conquest of Jerusalem.1

However, Christianity has not always recited the Hail Holy Queen in the same way as we know it today. At first, the initial line contained only the words “Salve Regina misericordiæ” could be read, that is, “Hail Holy Queen of mercy”, omitting the term Mater – Mother. The invocation of the Blessed Virgin as “Mother of mercy” came to be inserted in this prayer some centuries later, due to a pious tradition.

It is said that the holy Abbot Odo of Cluny,2 a great devotee of Our Lady, used to address Her in his prayers by the gracious title of Mater Misericordiæ. This devotion, however, has a very particular origin. The Mother of God herself had appeared to one of the monastery’s members, identifying herself by this invocation. Over the years, popular piety united the ejaculatory prayer to the litanies of the Blessed Virgin and to other prayers, until the formula “Salve Regina, Mater Misericordiæ”, came together as we recite it today.3

“Et Iesum, benedictum fructum ventris tui, nobis post hoc exsilium ostende – And after this our exile, show unto us the blessed fruit of thy womb, Jesus.” These words ended the prayer which, less than a century after its composition, was already known and recited in many Christian places. However, this was still not enough for a soul inflamed by the fire of love for Our Lady, like St. Bernard of Clairvaux…

On Christmas Eve of 1146, the faithful gathered in the Cathedral of Speyer, Germany, sang this hymn of 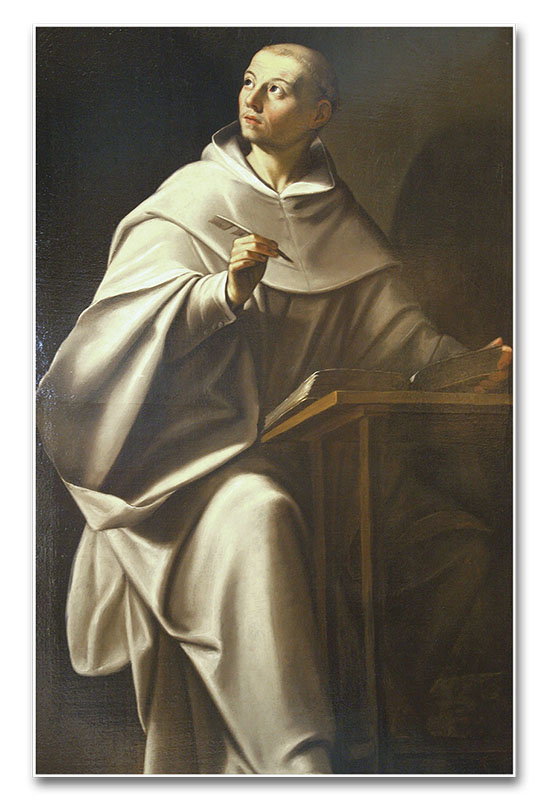 praise to the queenship of Mary, after which they were to hear the preaching of the holy abbot. As the last notes of the melody were fading, St. Bernard was caught up in an ecstasy of love for the Blessed Virgin, and with his powerful voice he intoned the words that would thenceforth close the already famous prayer: “O clemens, o pia, o dulcis Virgo Maria! – O clement, O loving, O sweet Virgin Mary!”4

Those three exclamations to the Mother of Mercy so deeply marked souls that to this day they are inscribed on the floor of the Cathedral of Speyer.

Thus was concluded the final text of the Salve Regina, revised and expanded by its Author, the Holy Spirit, in the way He wished it to be spread and recited by subsequent generations, until the present time.

The title of this prayer, which highlights Mary Most Holy as Queen and Mistress of the whole universe, might lead us to picture Her seated close to the Eternal Father and judging sinful men who have so greatly offended her Divine Son, even after He had immolated himself for our redemption.

And yet this is not the attitude of the Blessed Virgin. Raised to the highest Heaven, her position makes Her above all the mediator between the Creator and humanity, and allows Her to continually intercede for her children who strive on this earth to conquer eternal beatitude.

Thus comments Dr. Plinio Corrêa de Oliveira on the sovereign role of this Mother who untiringly assists us, ready to forgive and protect us in our weaknesses and frailties: “The royalty which Our Lady exercises over the human race is not that of judge, but rather of advocate, that is to say, of One whose mission is not that of judging and punishing sinners but of defending them. For this reason She has every manner of benevolent predispositions towards us, and always answers us with unspeakable goodness.”5

However, immersed in modern civilization’s mare magnum of sin, and living in a world that does not know the true meaning of the word “goodness”, the human soul often considers the Mother of God’s commiseration for the sinner in a distorted way. 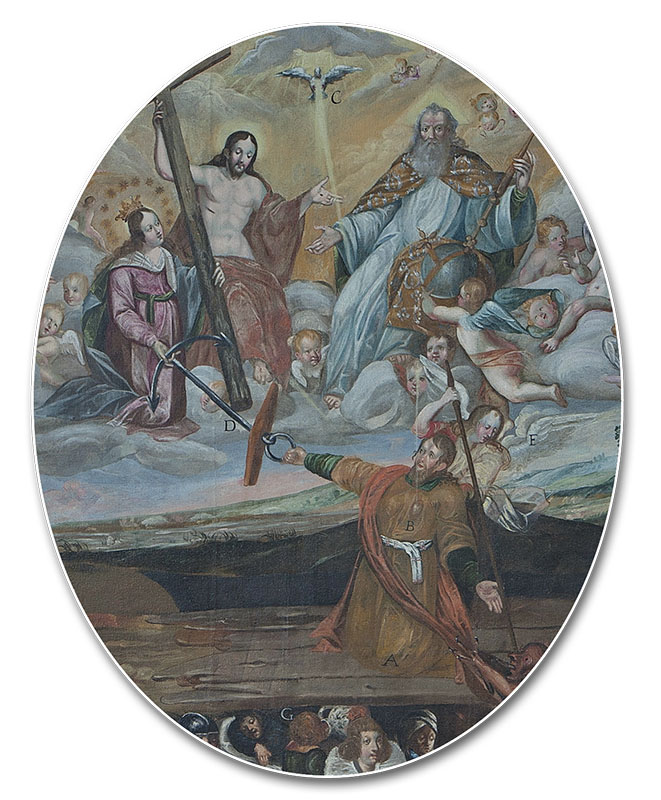 In view of this deficiency of modern society, Dr. Plinio continues: “The tenderness and goodness of Mary do not consist in a trite permissiveness towards those who have done evil, but in a maternal and invariable willingness to grant the offender the graces necessary to abandon error and sin. It is in this sense that the clemency of Our Lady must be understood; and as such, it is unique, supreme and indescribable.”6

Pure and immaculate, the Blessed Virgin is not distant from the weakest and feeblest; rather, in the manner of a solicitous mother who has all the more compassion for a sick child, She is ready to make every effort to rescue us from the snares of the tempter.

Clement and loving with those who seek Her

Now, if Mary shows herself to be so zealous and maternal with the stray sheep who, out of weakness or even malice, have strayed far from the Sacred Heart of her Divine Son, She is no less loving with those who have never strayed far from her Immaculate Heart, sheltering themselves confidently under the shadow of her protective mantle.

Therefore, in commenting on the prayer of the Salve Regina, St. Alphonsus Mary Liguori sings the glories of Our Lady, paraphrasing the exclamations of the holy Abbot of Clairvaux: “Thou art clement to the unhappy, merciful to those who pray Thee, sweet to those who love Thee: clement to the penitent, merciful to the advancing, sweet to the perfect. Thou showest thyself clement by rescuing us from punishment, merciful by bestowing on us graces, sweet by giving thyself to those who seek thee.”7 ◊ 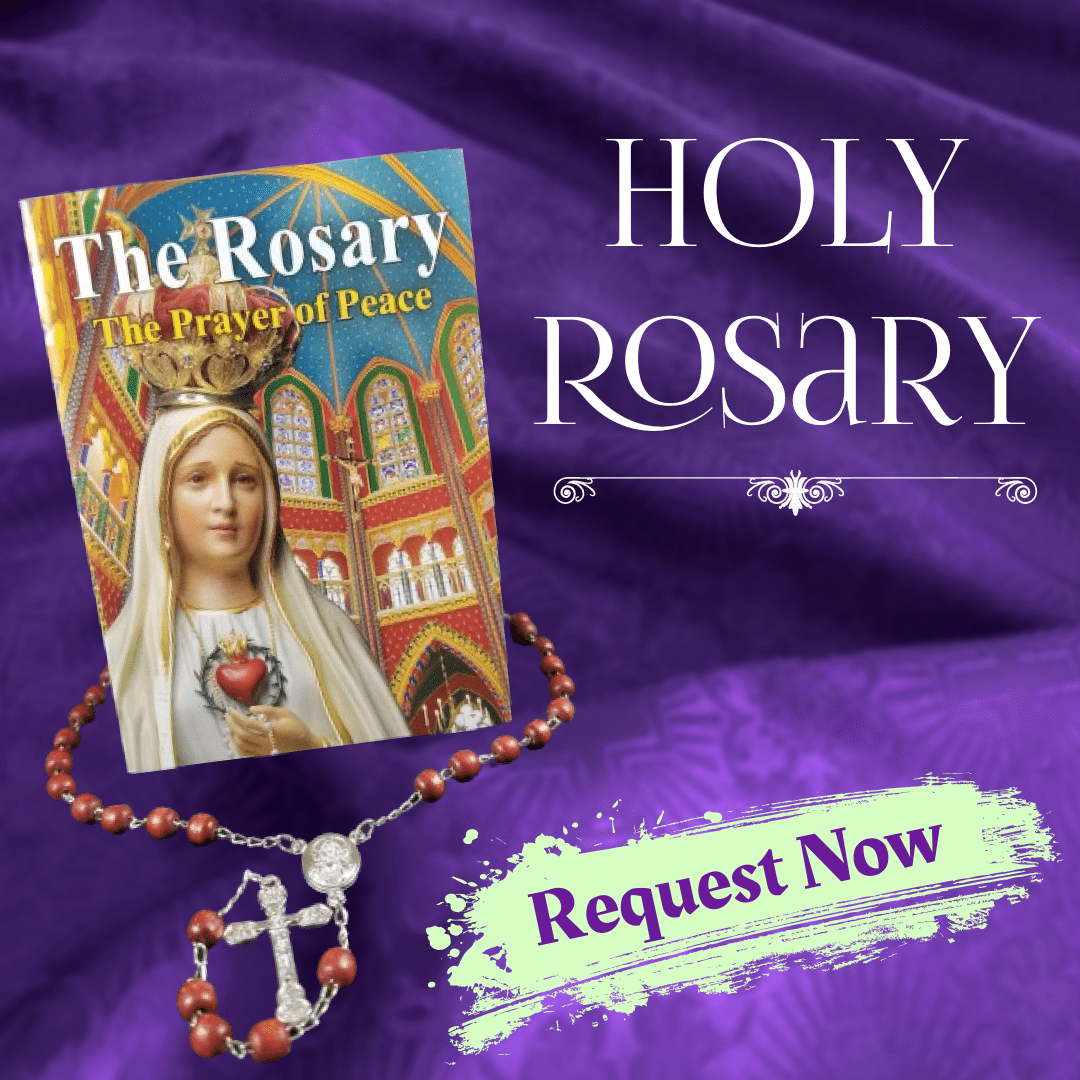