The Desert: School for Souls Beloved of God 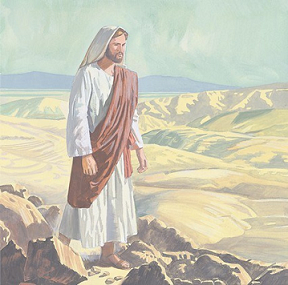 The instability of a landscape that changes moment- by-moment with the shifting sands at the caprice of the wind; soil baked by a sun whose rays seem to offer no respite; bitterly cold nights barely illuminated by moonlight; the eager search for a spring that will slake or at least assuage one’s thirst; loss of strength to carry on; the longing for a cool breeze that will impart renewed vigor to continue the tiring journey…

The image of a solitary pilgrim in the desert evokes difficult trials – the severity of the scorching heat, problems experienced in walking, the sensation of isolation and even abandonment… Nevertheless, it was within this desolate setting that God formed the holy patriarchs, the prophets and the Chosen People.

Examples that fill the soul with enthusiasm

Sacred Scripture shows the Jewish people wandering for forty years through the desert, in search of the Promised Land. During this time, guided by the confidence of Moses and sustained by the fidelity of Joshua, they witnessed some of the greatest prodigies in history.

In the terrible combat against Amalek, Moses’ arms, raised as a sign of incessant supplication, obtained the triumph of his people from Heaven (cf. Ex 17:8-16). Seeing the faith of their general and prophet strengthened their certainty of victory in the thick of the battle, making the Jewish army more resolute and courageous!

If our imaginary pilgrim had been there and had come upon this scene, certainly he would have been heartened to continue his journey, comforted by the example of souls who fight resolutely amid desolation.

Much further on, the Bible brings us the figure of St. John the Baptist, “the voice of one crying in the wilderness” (Jn 1:23), he of whom Our Lord affirmed that “among those born of women there has risen no one greater” (Mt.11:11). His path was also marked by the harshness of a desert that was more spiritual than material.

And if the example of the Precursor is not enough, Jesus chose to isolate Himself for forty days of fasting and prayer (cf. Lk 4:1-13), teaching us the importance of recollection and trial in order to fortify the spirit and acquire strength for the fight.

The soul of our pilgrim would be equally filled with enthusiasm if over the course of the journey he were able to catch the fragrance emanating from the footsteps of the Immolated Lamb, who did not scorn to walk in the desert sands. In perceiving that sweet aroma, he would undoubtedly kneel to kiss the dust, more valuable than gold, upon which the Divine Master had trod, and to thank Him for having been considered worthy to follow in His footsteps.

Thus, the heroic confidence of the patriarchs, the care and solicitude which Providence lavished upon the Hebraic people (cf. Dt 32:10) and, above all, the most august presence of the Divine Shepherd would have brightened the austere panorama of this hypothetical pilgrim and lent meaning to his arduous journey.

Each one of us will cross a desert

Centuries and even millennia have passed, and God continues to instruct His children, who now traverse the vast expanses of another desert: that of spiritual trials and aridity. No one is led to the “promised land,” the heavenly homeland, by an easy route, but only by a way replete with problems and contradictions of every kind.

The just Job has said: “Militia est vita hominis super terram – The life of man on earth is a warfare” (7:1). Through suffering, the human being is purified and solidly grounded in the practice of virtue.

The example of the Saints clearly shows that each one of us, at a specific moment, is invited to cross a desert. Nevertheless, just as Divine Providence was abounding in His gifts for humanity in the Old Testament, He now sustains us at every moment with incomparably greater graces and blessings, by the infinite merits of the Passion of Our Lord Jesus Christ.

St. Jean-Marie Vianney said: “Our God does not lose sight of us, like a mother who watches over her little child as it takes its first steps.” (1)

Even as the Lord freed the Jews from the slavery of Egypt, He has liberated us from the yoke of the devil and has made us His adoptive children. They were sent prophets as mediators and guides; we were given the very Son of God as Saviour and Redeemer.

Through the Holy Catholic Church, divine munificence grants us abundant and sublime “dew”, especially by means of the Sacraments. We should not hesitate to have recourse to them while in the throes of hardship.

For those who journey amid aridity and trial, there is an ineffable, magnificent and angelic oasis within reach of their souls: the Holy Eucharist. “If any one thirst, let him come to Me and drink. He who believes in Me, as the Scripture has said, ‘Out of his heart shall flow rivers of living water’” (Jn 7:37-38).

Who better than Our Lord to console and fortify us during the battles of this life? He is ready to attend us in the tabernacle and at Holy Mass, desirous of doing good for us, encouraging and sanctifying us.

When we feel like we are in an apparently endless desert, weary and abandoned, we only need to turn to this ineffable oasis, the Blessed Sacrament, and immediately the glory of God will fill the sanctuary of our souls. Then interior abandonment will be replaced by the presence of our Redeemer who is thirsting to communicate Himself to us, and He will show us the way to follow.

This is the call we hear in these words filled with unction from the same holy Curé d’Ars: “We are even happier than the Saints of the Old Testament, since we possess God not only in the grandeur of His immensity, by virtue of which He is everywhere, but we also have Him just as He was during His nine months in Mary’s womb, just as He was on the Cross. […] We have Him in each parish, where we can enjoy such sweet company.” (2)

However, if we distance ourselves from this Lord who awaits us, we will soon be visited by longings for the “onions of Egypt,” cajoling us to abandon the path of sanctity traced out by Him. Disregard for the Bread of Angels, so generously sent for our sustenance, leads us back to the slavery of sin…

Therefore, let us never forget that God uses setbacks and problems to draw us into closer contact with the supernatural world. And if we persevere in this difficult journey, we will receive the reward granted solely to faithful souls: to be admitted into the Immaculate Heart of Mary and contemplate the dawn of her reign, here on this earth! 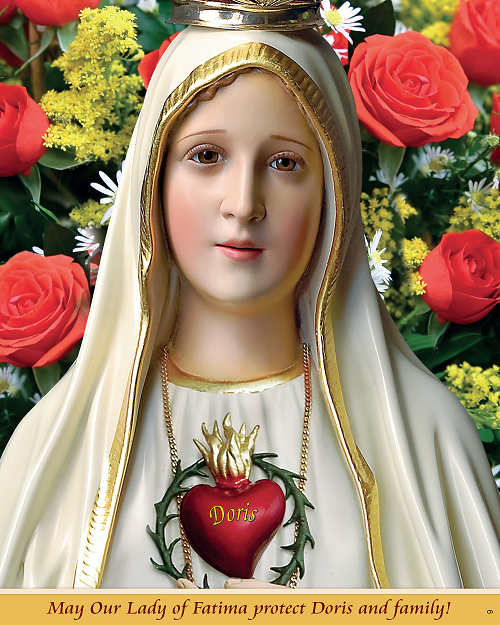