Inebriated by the Fire of the Spirit 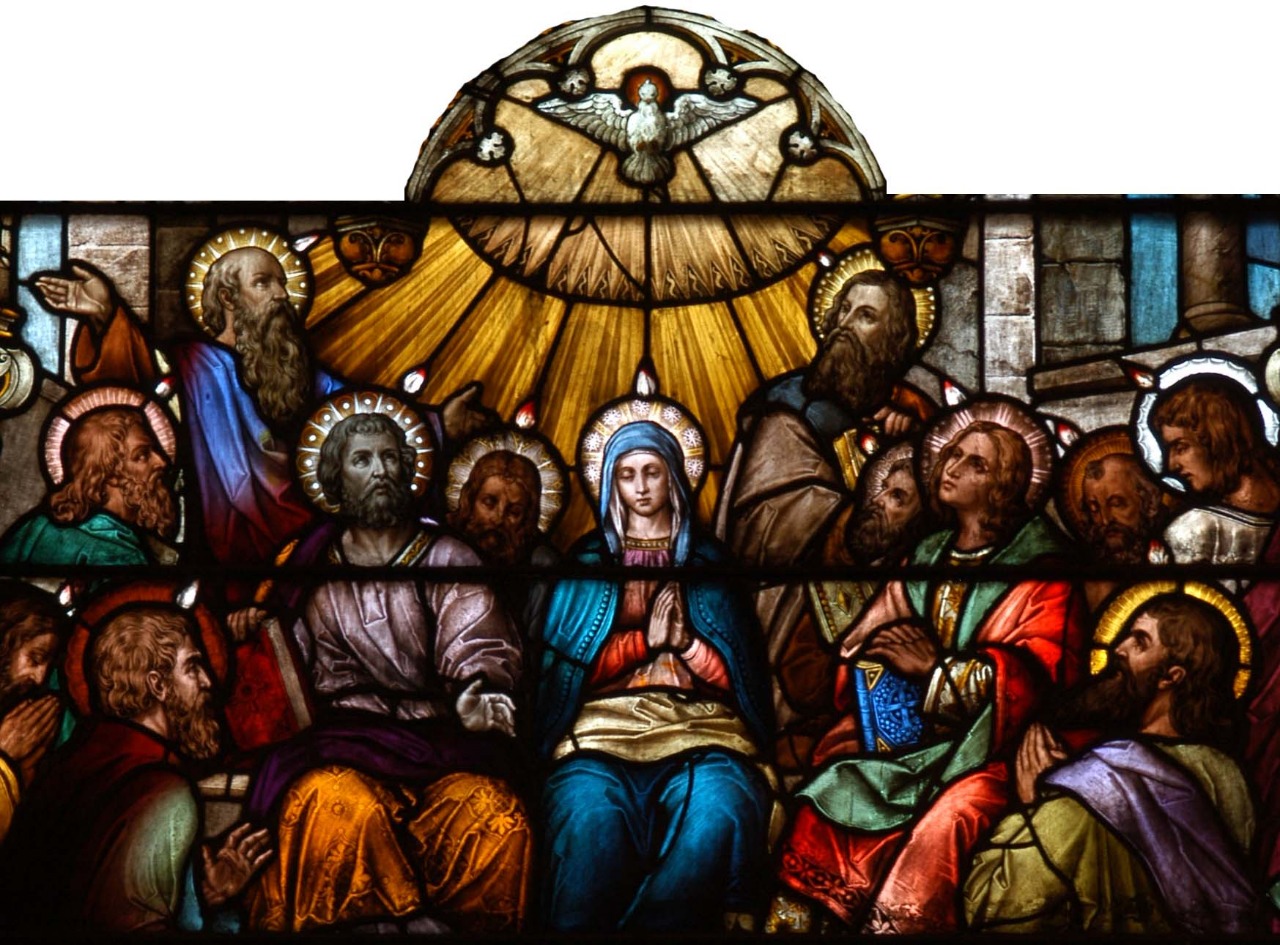 From that moment on, wherever there are authentic Catholics, the presence of the Divine Holy Spirit is felt through the infallibility of doctrine, the continuity of sanctity and apostolic vigor.

The Holy Spirit descends in the form of flames

When Our Lord appeared to them after the Resurrection, a process of conversion began, over the course of which the Redeemer appeared to them several times, clearly demonstrating His triumph and His divinity. The glorious and definitive apogee of this period of ascension, during which the crusts covering the souls of the Apostles and disciples were gradually broken away, was the day of Pentecost, when they were gathered in sublime recollection and prayer in the Cenacle.

The Holy Spirit began to act upon them in an increasingly intense way, and their prayer became more elevated; at a certain moment, a loud sound was heard and the Paraclete entered the room, under the form of flames. A large flame rested upon the Blessed Virgin Mary and then divided into several others which came to rest upon the Apostles.

The plenitude of the Holy Spirit penetrates the Church

They leave the Cenacle and begin to preach, creating a veritable spectacle in the city. They were so taken by the fire of the Holy Spirit, so joyful and jubilant, with such vivacity, that many thought they were inebriated.

It is what in the language of the Liturgy is called “the chaste inebriation of the Holy Spirit”: an enthusiasm that does not come from intemperance, but from a plenitude of temperance, which causes the soul, completely in control of itself and dominated by God, to utter such sublime words, with such ardour, that many of them are not sufficiently grasped by others. But they are things that enrapture everyone. Thus, the expansion of the Church begins with a plenitude of the Holy Spirit that will never abandon it.

From that moment on, wherever there are true Catholics, the presence of the Divine Holy Spirit is felt through the infallibility of doctrine, the continuity of sanctity, apostolic vigor and by a certain indefinable atmosphere which is the joy of the Catholic soul, by means of which one knows that the Catholic Church is the one true Church, eternally true, without any need for proofs or apologetics.