Love is the Science of the Saints 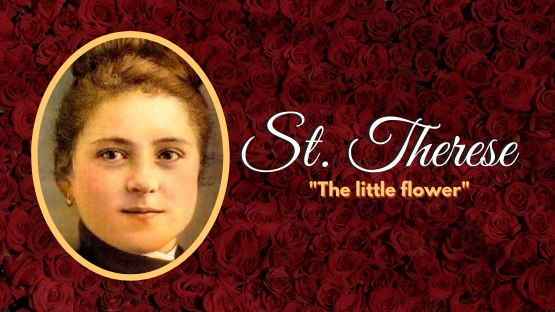 Today I would like to talk to you about St. Thérèse of Lisieux, Thérèse of the Child Jesus and of the Holy Face, who lived in this world for only 24 years, at the end of the 19th century, leading a very simple and hidden life but who, after her death and the publication of her writings, became one of the bestknown and best-loved Saints.

Little Thérèse” has never stopped helping the simplest souls, the little, the poor and the suffering who pray to her. However, she has also illumined the whole Church with her profound spiritual doctrine to the point that Venerable Pope John Paul II chose, in 1997, to give her the title “Doctor of the Church,” in addition to that of Patroness of Missions, which Pius XI had already attributed to her in 1939. […]

To be love in the heart of the Church 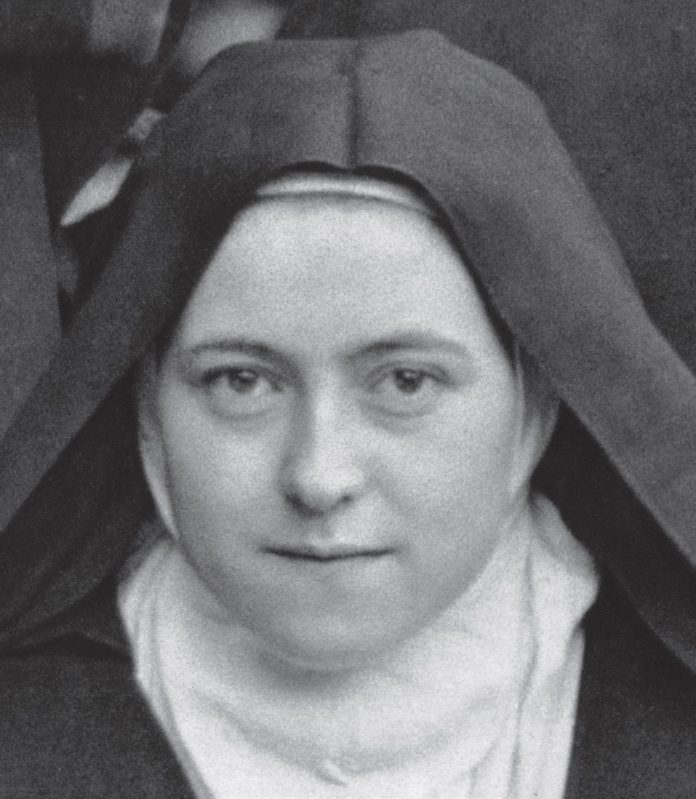 Her religious name – Sr. Thérèse of the Child Jesus and the Holy Face – expresses the program of her whole life, in communion with the central mysteries of the Incarnation and the Redemption. Her religious profession, on the Feast of the Nativity of Mary, 8 September 1890, was a true spiritual espousal in evangelical “littleness”, characterized by the symbol of the flower: “It was the Nativity of Mary. What a beautiful feast on which to become the Spouse o f Jesus! – she writes – “It was the little newborn Holy Virgin who presented her little Flower to the little Jesus.” For Thérèse, being a religious meant being a bride of Jesus and a mother of souls. On the same day, the Saint wrote a prayer which expressed the entire orientation of her life: she asked Jesus for the gift of His infinite Love, to be the smallest, and above all she asked for the salvation of all human being: “That no soul may be damned today.”

Of great importance is her Offering to Merciful Love, made on the Feast of the Most Holy Trinity in 1895. It was an offering that Thérèse immediately shared with her sisters, since she was already acting novice mistress.

Ten years after the “Grace of Christmas” in 1896, came the “Grace of Easter,” which opened the last period of Thérèse’s life with the beginning of her passion in profound union with the Passion of Jesus. It was the passion of her body, with the illness that led to her death through great suffering, but it was especially the passion of the soul, with a very painful trial of faith.

With Mary beside the Cross of Jesus, Thérèse then lived the most heroic faith, as a light in the darkness that invaded her soul. The Carmelite was aware that she was living this great trial for the salvation of all the atheists of the modern world, whom she called “brothers”. She then lived fraternal love even more intensely: for the sisters of her community, for her two spiritual missionary brothers, for the priests and for all people, especially the most distant. She truly became a “universal sister”!

Her lovable, smiling charity was the expression of the profound joy whose secret she reveals: “Jesus, my joy is loving you.” In this context of suffering, living the greatest love in the smallest things of daily life, the Saint brought to fulfilment her vocation to be love in the heart of the Church.

To learn to love at the school of the Saints

Thérèse died on the evening of 30 September 1897, saying the simple words, “My God, I love you!”, looking at the Crucifix she held tightly in her hands. These last words of the Saint are the key to her whole doctrine, to her interpretation of the Gospel the act of love, expressed in her last breath was as it were the continuous breathing of her soul, the beating of her heart. The simple words “Jesus I love you,” are at the heart of all her writings. The act of love for Jesus immersed her in the Most Holy Trinity. She wrote: “Ah, you know, Divine Jesus I love you / The spirit of Love enflames me with His fire, / It is in loving you that I attract the Father.”

Dear friends, we too, with St. Thérèse of the Child Jesus must be able to repeat to the Lord every day that we want to live of love for Him and for others, to learn at the school of the Saints to love authentically and totally. Thérèse is one of the “little” ones of the Gospel who let themselves be led by God to the depths of His Mystery. A guide for all, especially those who, in the People of God, carry out their ministry as theologians. With humility and charity, faith and hope, Thérèse continually entered the heart of Sacred Scripture which contains the Mystery of Christ.

And this interpretation of the Bible, nourished by the science of love, is not in opposition to academic knowledge. The science of the Saints, in fact, of which she herself speaks on the last page of her The Story of a Soul, is the loftiest science. “All the Saints have understood and in a special way perhaps those who fill the universe with the radiance of the evangelical doctrine. Was it not from prayer that St. Paul, St. Augustine, St. John of the Cross, St. Thomas Aquinas, Francis, Dominic, and so many other friends of God drew that wonderful science which has enthralled the loftiest minds?”

Inseparable from the Gospel, for Thérèse the Eucharist was the sacrament of Divine Love that stoops to the extreme to raise us to Him. […]

“Trust and love” illumined her journey

In the Gospel Thérèse discovered above all the Mercy of Jesus, to the point that she said: “To me, He has given His Infinite Mercy, and it is in this ineffable mirror that I contemplate His other divine attributes! Therein all appear to me radiant with Love. His Justice, even more perhaps than the rest, seems to me to be clothed with Love.”

In these words she expresses herself in the last lines of The Story of a Soul: “I have only to open the Holy Gospels and at once I breathe the perfume of Jesus’ life, and then I know which way to run; and it is not to the first place, but to the last, that I hasten…. I feel that even had I on my conscience every crime one could commit… my heart broken with sorrow, I would throw myself into the arms of my Saviour Jesus, because I know that He loves the Prodigal Son” who returns to Him.

“Trust and love” are therefore the final point of the account of her life, two words, like beacons, that illumined the whole of her journey to holiness, to be able to guide others on the same “little way of trust and love,” of spiritual childhood Trust, like that of the child who abandons himself in God’s hands, inseparable from the strong, radical commitment of true love, which is the total gift of self for ever, as the Saint says, contemplating Mary: “Loving is giving all, and giving oneself.”

Thus Thérèse points out to us all that Christian life consists in living to the full the grace of Baptism in the total gift of self to the love of the Father, in order to live like Christ, in the fire of the Holy Spirit, His same love for all the others.