The Virtue of Faith: the Foundation of Great Works 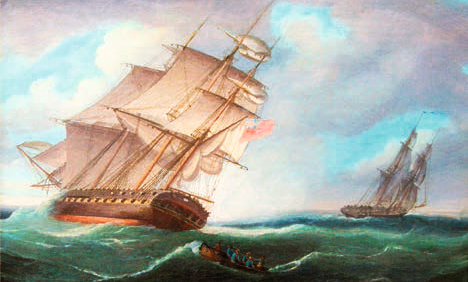 Our life on this earth of exile could well be compared to a ship traversing the vast sea. During fair weather, it glides across the calm waters. However, at other times a strong wind begins to blow, the waves are stirred up and the sky darkens. Suddenly, a storm is unleashed against the fragile vessel.

The time of trial, hardship and tragedy has arrived.

But navigating turbulent waters does not signify a tragedy for those who have faith. The practice of this theological virtue leads us to consider obstacles that arise during our pilgrimage through this valley of tears as the pledge of the eternal reward, and not as a reason for sadness.

But what exactly is the virtue of faith?

What is the virtue of faith?

In the Sacrament of Baptism, the virtues and gifts are instilled in our souls, together with sanctifying grace, which makes us true children of God. The virtues and gifts actuate our supernatural organism, giving us the capacity to do good and avoid evil in way that is meritorious in God’s sight. The stable disposition to act well is called virtue. It consists in the constant repetition of the acts that lead us to live uprightly, contrary to vice, which is the habit of the evil.

When acquired through the exercise and perfecting of the human gifts, developed by force of will and acting over a specific aptitude, the virtues are called natural; but when God Himself instills them in our souls, they are then qualified as supernatural, for they have Him as their source and reference point.

Among the infused virtues there are those called theological – faith, hope and charity –, which, as their name indicates, lead us to knowledge and love of God. Essentially supernatural, in addition to being divine gifts, their acts are directed toward the Creator. They are the interior compass of man, giving him the capacity for supernatural activities which attain their plenitude in Heaven, and they develop by being exercised daily, with the assistance of grace.

St. Thomas Aquinas affirms that faith is the first among the virtues since by means of it we understand our final end, the Creator. In fact, “natural knowledge cannot reach God as the object of heavenly bliss, which is the aspect under which hope and charity tend towards Him.”1

Faith also constitutes the gate by which the other virtues enter and it is by faith that one believes in that which grace demonstrates, albeit obscurely. It enables man to give his resolute assent to Revelation. It is like a spiritual auditory faculty, which enables us to hear the harmonies of the Kingdom of Heaven and, in a way, the voice of God, even before we are admitted into the beatific vision. It confers a supernatural perspective to human existence.

The miracles worked by Our Lord Jesus Christ during His earthly life were conditioned on those benefitting from them being able to contemplate them from this supernatural perspective. Thus, the Divine Master said to the blind man of Jericho: “Your faith has made you well” (Lk 18:42).

By contrast, He admonishes the Apostles for their naturalistic outlook on life and events, imbued with merely human criteria, and exhorts them: “For truly, I say to you, if you have faith as a grain of mustard seed, you will say to this mountain, ‘Move from here to there,’ and it will move; and nothing will be impossible to you” (Mt 17:20).

Commenting on this passage of the Gospel, Msgr. João Scognamiglio Clá Dias, EP, affirms: “Faith is, in fact, capable of moving mountains, for it is driven by the power of God, and when someone unites himself to the divine force, with the vigor of this vital virtue they become as strong as God Himself.”2 In other words, faith makes us participants in divine omnipotence.

Furthermore, this virtue guides the intellect to the truth and, united to charity, disposes the will to a good end, as the Angelic Doctor teaches: “Faith has a relation to some good in so far as it directs the intellect to the true. Furthermore, it has a relation to the good considered as the object of the will, inasmuch as it is formed by charity.”3

In this way, faith is an extraordinary antidote for temptations that come from the devil, the world and the flesh. When the devil tempts us to not fulfil the Commandments, by faith we believe that there is a Lord and Legislator, whom we should obey. When the world seduces us with illegitimate prosperity or frightens us by adversity, we believe that God rewards the sufferings of the good and punishes the wicked. If the flesh goads us with transitory delights, we believe that this life is fleeting and, if we are faithful, we will enjoy eternal happiness.

Trials, sufferings and contradictions are indispensable for the sanctification of man, for they reinvigorate faith and produce a work of perfection. Everything that happens to us is permitted by Providence so as “to define in us the culminating moment in which either God or the devil triumphs on the inner battlefield of our soul.”4

Therefore, we must ask the Father to make us “fortes in fide” (1 Pt 5:9), for this virtue instils courage and fills the spirit with enthusiasm. It “is the balm for all sorrows, it is courage and joy in the sufferings of this great wasteland of our earthly exile, until the day of our eternal happiness in heavenly glory dawns.”5

By growing in the virtue of faith, we attain an unshakeable confidence. Abandonment in God’s hands and resignation to His will are the most eloquent testimonies to the presence of this virtue.

However, this does not mean that those who practice faith will not undergo periods of aridity, in which they will be assaulted by affliction, uncertainty and doubt. As the Apostle states, in this life “we walk by faith, not by sight” (2 Cor 5:7).

Even the holiest souls have experienced these trials, and perhaps the most paradigmatic example has been that of the great St. Joan of Arc. At a certain point, she felt abandoned by the  supernatural lights that had accompanied her, but just before her death on the pyre, in the throes of the tragedy of her unjust condemnation and tormented by doubt, she cried out from within the flames: “The voices did not lie!”6

She left us a supreme message: at the moment of apparent abandonment by God, in the depths of the soul, one must have the faith that the voices of grace never lie! “We can never doubt faith. We must be more certain, therefore, in believing the truths of faith than those things which can be seen, because God’s knowledge is infallible, but the visible sense of man can err.”7

Faith and charity are inseparable virtues. Whoever believes in God knows that he is loved, sustained and accompanied by His infinite love. Faith also offers a target for our hope.

“Now faith is the assurance of things hoped for, the conviction of things not seen. For by it the men of old received divine approval. By faith we understand that the world was created  by the word of God, so that what is seen was made out of things which do not appear” (Heb 11:1-3), St. Paul writes to his compatriots, after having received sublime revelations from the Redeemer.

Combining the three theological virtues, which, as we have seen, set us in a divine perspective, man becomes capable of great works, as the same St. Paul teaches a little further on, recalling the great figures of the Old Testament: “By faith Abel offered to God a more acceptable sacrifice than Cain, through which he received approval as righteous, God bearing witness by accepting his gifts; he died, but through his faith he is still speaking. By faith Enoch was taken up so that he should not see death; and he was not found, because God had taken him. Now before he was taken he was attested as having pleased God” (Heb 11:4-5).

And he continues:  “And without faith it is impossible to please Him. For whoever would draw near to God must believe that He exists and that He rewards those who seek Him. By faith Noah, being warned by God concerning events as yet unseen, took heed and constructed an ark for the saving of his household; by this he condemned the world and became an heir of the righteousness which comes by faith” (Heb 11:6 -7).

His epistle being addressed to the Hebrews, St. Paul reflects very specifically on the patriarch of the Chosen People:  “By faith Abraham obeyed when he was called to go out to a place which he was to receive as an inheritance; and he went out, not knowing where he was to go. By faith he sojourned in the land of promise, as in a foreign land, living in tents with Isaac and Jacob, heirs with him of the same promise. For he looked forward to the city which has foundations, whose builder and maker is God. By faith Sarah herself received power to conceive, even when she was past the age, since she considered Him faithful who had promised. Therefore from one man, and him as good as dead, were born descendants as many as the stars of Heaven and as the innumerable grains of sand by the seashore” (Heb 11:8-12).

In the New Testament, there is no shortage of examples of the practice of this admirable virtue. From the foundation of the Church, God has always appointed elite souls, filled with faith, to mark history with their works.

One such soul was St. Teresa of Avila, a great and admirable woman who shone in the firmament of the Church in the sixteenth century. Having reformed Carmel, she made of each of the convents she founded a bulwark of faith, inhabited by hearts inflamed with charity.

St. Ignatius of Loyola, founder of the Company of Jesus, also built his work on a robust faith, logically rooted in the purest doctrine. This allowed him to reinvigorate fervor in the bosom of the Church, at a time marked by Protestantism and Renaissance frivolity.

We could mention innumerable other souls who gave us their noble testimonies faith, but this would go beyond the capacity of this article. Let us preserve these names filled with glory and take a valuable lesson from their examples: those who wish to do great works must begin by fortifying their faith.

In this fleeting life, in which works are nothing more than a ladder to eternity, those who believe and act based on faith mark history, and those who act devoid of faith disappear in the mist of time.