The Miracles of Lourdes 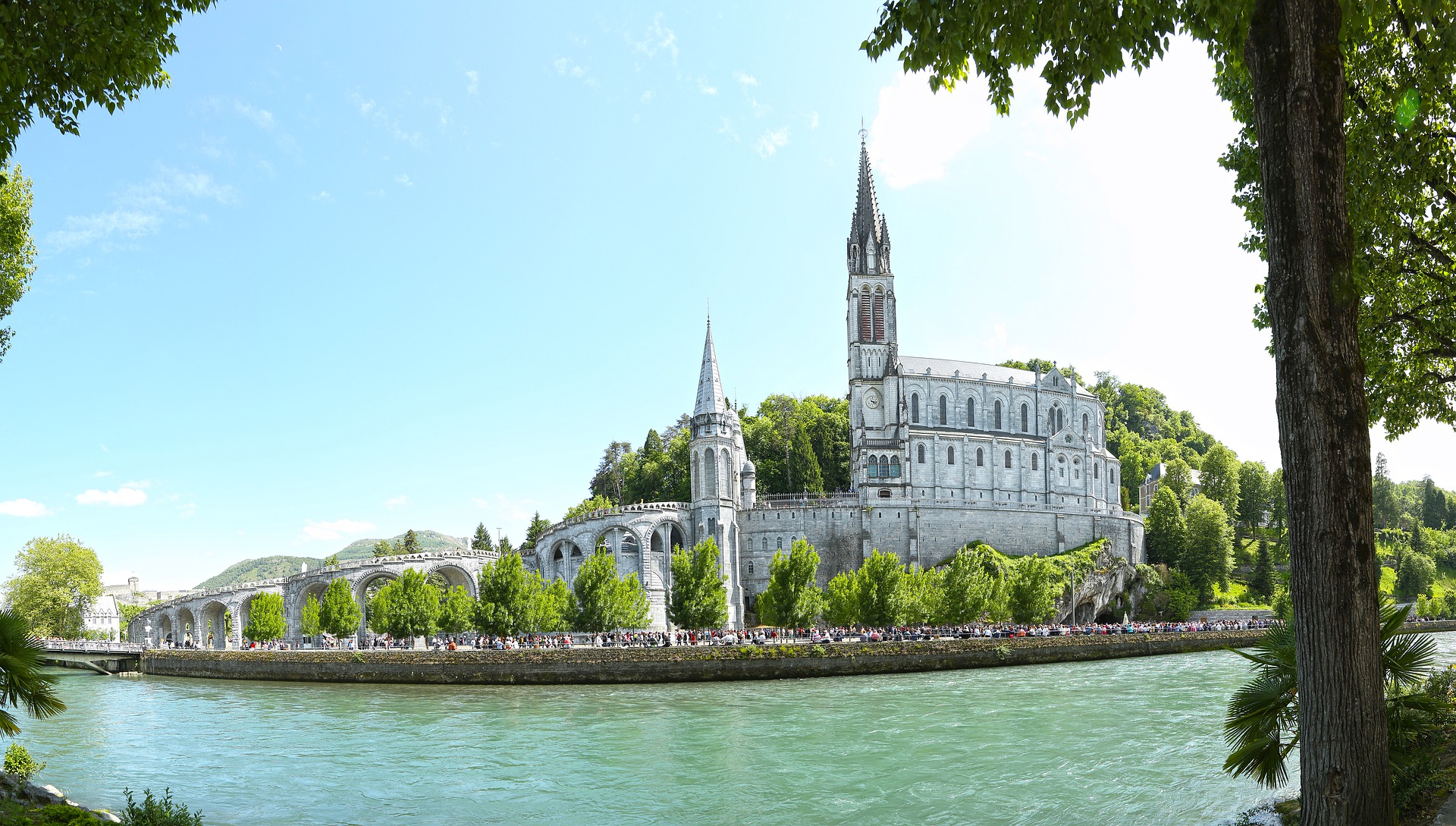 At the height of the 19th century’s anticlericalism, which fomented persecution and ridicule toward the Catholic Church, Our Lady appeared to St. Bernadette Soubirou in Lourdes, France. In the eyes of the enemies of the Catholic Faith, the miraculous cures from the spring water at Lourdes were no more than a hoax, since there were no real illnesses. Thus, an orchestrated defamation campaign emerged against Bernadette, the miraculous cures at Lourdes, and even the Catholic Church itself.

The city’s pharmacist, the high school’s director, and the chief of police all claimed that the water was “very bad”, and posed “serious danger” to the inhabitants. Despite those allegations, the people of Lourdes gave no credibility to the assertions.

Since nobody believed the aforementioned claims of endangerment, a new approach was developed to undermine the miraculous cures. This time, a pharmacist, who was not from Lourdes, contrived a pseudo-scientific opinion that the miracles were false. According to this pharmacist, the reported cures were actually caused by the physical composition of the water, and not due to supernatural power.

Still, others claimed that there was no supernatural power in the waters of Lourdes, and the cures were caused by radioactivity. These delirious “explanations” were still being entertained all the way to the 20th century. These ludicrous theories were all debunked, and nobody ever really accepted these far-flung ideas. 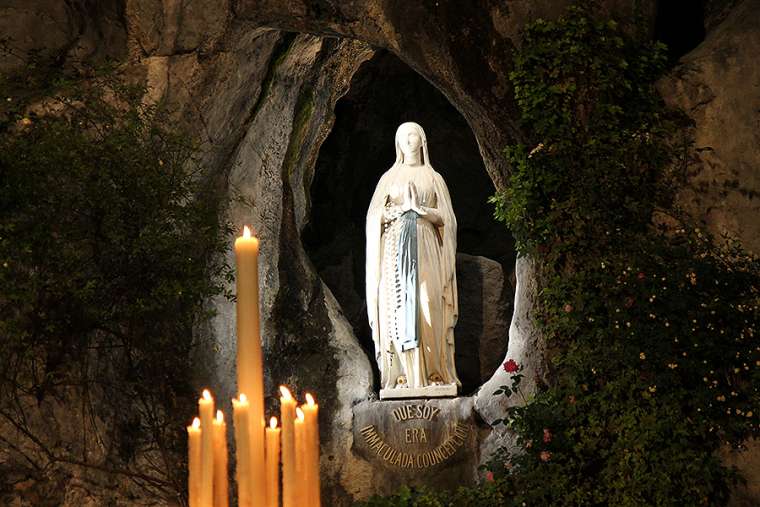 The graces that flowed from Lourdes were obvious, but it was necessary to eliminate any lingering doubts about validity of the truly miraculous origin of the events that arose from the apparitions at Lourdes. The atmosphere of denial created by the critics and slanderers of the miraculous events in Lourdes actually favored the creation of the Lourdes’ Medical Commission. The commission was founded by Bishop Laurence, diocesan bishop of Tarbes-Lourdes, on July 28, 1858, just twelve days after the last apparition of Our Lady.

The Lourdes’ Medical Commission was the predecessor to the present-day Medical Bureau of Lourdes.

Do you need help praying for a special intention?  Request prayers!

The Medical Bureau of Lourdes employs the latest and most scientifically sound practices and criteria to affirm that naturally inexplicable facts are a reality. In other words, the Bureau uses the latest techniques and technologies to support the existence of miraculous cures. In Lourdes, for the glory of God and the Immaculate Conception of Mary, these miraculous cures abound.

When the Medical Bureau of Lourdes evaluates a medical cure, for which science can offer no explanation, the Bureau sends its finding to the local diocesan bishop, where the patient resides. The patient’s local bishop is the one who officially decides whether or not to recognize the miracle and does not issue a statement from a medical perspective.

The sessions of the Medical Bureau of Lourdes are open to any doctor who wishes to attend. Sessions are composed of specialists from all disciplines and include members of the Catholic Faith or any religion.

For anyone who believes they have benefited from a miraculous cure, the Medical Bureau of Lourdes creates a detailed report of facts, based on official medical exams and assessments. The medical documentation must contain details of the sickness or condition before the cure as well as information regarding the nature and gravity of the condition. Unfortunately, some cures that appear to be truly miraculous, are not declared as such due to the lack of documentation that meets the rigorous requirements to declare the cure miraculous.

The Medical Bureau of Lourdes has received nearly 7,000 requests to review claims of miraculous cures. Of the cases submitted for review, about 2,000 cures have been deemed unexplainable by science. The Catholic Church, always prudent, has recognized 67 of these cases as miraculous.

These numbers do not include the total number of faithful who claim to have been the beneficiary of a miraculous cure in Lourdes.

Many people who have been the object of such scientifically unexplainable cures do not even know of the existence of the Medical Bureau of Lourdes, and therefore, do not report their cure. Also, many others do not possess the necessary medical documentation the Bureau requires in order to review the reported cure.

Furthermore, many who are certain that their cures are supernatural, do not report their cure to the Medical Bureau of Lourdes because they believe their cure is insignificant.

While the physical cures that take place at Lourdes are the only visible ones, they should be signs of the numerous, invisible, and most important spiritual healings that take place in Lourdes. They are healings of the heart, of the soul, and the effects of sin, reconciliation with God, with others and with oneself. The number of such healings is enormous, but they are not suitable for medical analysis.

A Nobel Prize and Lourdes

The French doctor and Nobel Prize winner of Medicine, Luc Montagnier, and discoverer of the HIV virus, always referred to himself as an agnostic. Recently, he surprised the world by stating that “there is something inexplicable” in the miracles of Lourdes.

The opinion of Dr. Montagnier, former director of the Pasteur Institute, was printed in the book

Le Mointe Le Nobel (The Monk and the Nobel). The book includes a dialogue between Montagnier and Cistercian monk Michael Nissaut about the future of the planet and the eradication of chronic diseases.

One of the most striking comments by Dr. Montagnier, a self-proclaimed atheist, refers to the miraculous cures at Lourdes, which he calls unexplainable:

“When a phenomenon is inexplicable, [and] if it really exists, there is no need to deny anything […] in the miracles of Lourdes, there is something inexplicable.”

This is an opinion that for many is an example of coherence in the world of science, which the Nobel Prize for Medicine recipient emphasized, drawing the attention of some of his colleagues:

“Many scientists make the mistake of rejecting what they do not understand. I don’t like this attitude. They constantly quote the phrase of astrophysicist Carl Sagan, ‘The absence of proof is not proof of absence.’”

The book Le Mointe Le Nobel mentions that Dr. Montagnier studied several of Lourdes’ miracles, and thus affirmed that he believed them to be inexplicable: “I cannot explain these miracles, but I recognize that they are cures that are not included in the current state of science.”

Dr. Montagnier also recognized the important work that the Church has done in the care and support of the sick, especially HIV carriers, a disease he knows well as the discoverer of the deadly virus. Dr. Montagnier affirmed, “The Christian religious orders play a very positive role in the care of the sick, [and] I recognize that, in the field of hospital care, the Church has been a pioneer.”

Although an atheistic scientist, Dr. Montagnier stated that while researching the HIV virus over the years, especially in the first years, he saw how religion and a patient’s proximity to the Catholic Faith constantly helped the sick to cope with the disease, especially to not feel abandoned.

“It is through this experience that I have always recognized the pioneering and invaluable contribution of the Church in the field of hospital care,” he stressed.

Our Lady of Lourdes, Pray for us!